Willow trees live all around the world.  Oxygen producers, pain relief from the bark, and used to make flutes to fish traps.

Rita parks in the small gravel driveway across from the raised flower beds the city re-plants every year.   She heads towards the section of Mill Creek that flows through the park where the giant Weeping Willows grow.  When she was younger she fell asleep thinking about Rae.  But Rae did not answer, instead another ancient one appeared from Africa.

Her mother was telling her the Haida Creation Story.  “Raven was walking on the shore when he heard many noises coming from inside a clamshell…,” her mother was saying when Rita fell asleep thinking of Rae.

Her soul watched as she floated out of her body.  She saw her face, eyes closed, and mouth slightly open.  She saw her mother’s dark brown hair flowing over her shoulders in strands to cover the top of her deerskin shirt.  Her mother gently stroked her forehead and said, “Sleep.”  Her soul’s eyes turned upwards towards the ceiling of the tent and floated upwards by moving her arms and legs in a swimming motion.  As she swam between the Sitka spruce and Yellow cedar trees a tug to her chest pulled her down to the draping branches of a dwarf weeping willow.  She touched one of the thin leaves and found herself somewhere else.

She was hovering before a giant weeping willow with a creek flowing nearby.  As she stared, frozen in place at the willow’s gnarly trunk, a woman appeared.  So powerful and strong was the women’s presence Rita didn’t know if to flee or stare in awe.  “Child,” said the woman with raven coloured hair.  The woman’s voice had a lilt and a mixture of tenderness and strength that demanded attention as she pointed her finger at Rita.  “Why have you called me?” 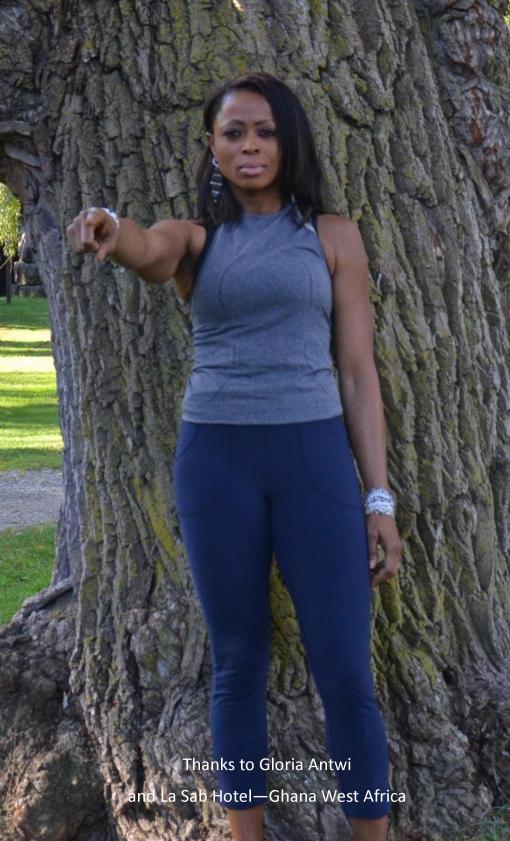 “I was calling Rae,” Rita admitted still torn between wanting to flee and getting to know this woman better.

“Rae is healing her soul and I am with her through Raven.”

“You are connected to Raven?” Rita asks.  “I thought only the Haida knew of Raven.

“I am of the wind child–and the willow which in its many forms all around the World, both hears the wind and tells it stories–communicates with me.  When you thought of Rae she must have sent you to me instead.  I am Oya, the Yoruban Goddess of weather, and known to others like you as the Elemental Ancient One of Wind.  What do you seek from Rae?”

“She lives in the Haida Gwaii and is directly connected to my people.  So I seek wisdom from her.”

“Ah, I see.  You are not just Haida but also Irish, German, and connected directly to the Earth.  The World is round my child and that makes all things connected.  But we seek what is familiar and you are closer to Ailbe Rose than Rae.  So that may be why she will not answer you.”

“Why would someone want me to contact you Oya?” Rita asked with a slight bow.

“Some day you will meet the one who is connected to me.  Let her know that you and I have met.  The cat may eat the sparrow and the hawk may eat the rabbit but when there is a greater danger all creatures heed the warning of Raven’s call.  What argues and fights now will need to collaborate in the near future.  Unnatural things are beginning to be created out of what lies deep beneath the ground.”

Rita walks up to the willow she saw in her dream.  With great diligence and respect she snips a section of overhanging branch off.

Author of the epic fantasy adventure story BARD, the Sci-fi series Children of the Myth Machine: Queen of Caelum, Sylvia, Achebe; co-author of the sci-fi story: BRACKISH; the sci-fi mystery story: Lucy and the Snivel Chair (all available through amazon.ca). Join me on a journey of discussing stories already written and ones you'll get to see develop first hand. Years ago I belonged to the Cambridge (Ontario) Writer's Collective and it made me a much better writer. So I hope my continued journey will intrigue you and maybe inspire you to take that first step into the unknown. Because that's where the excitement is! View more posts